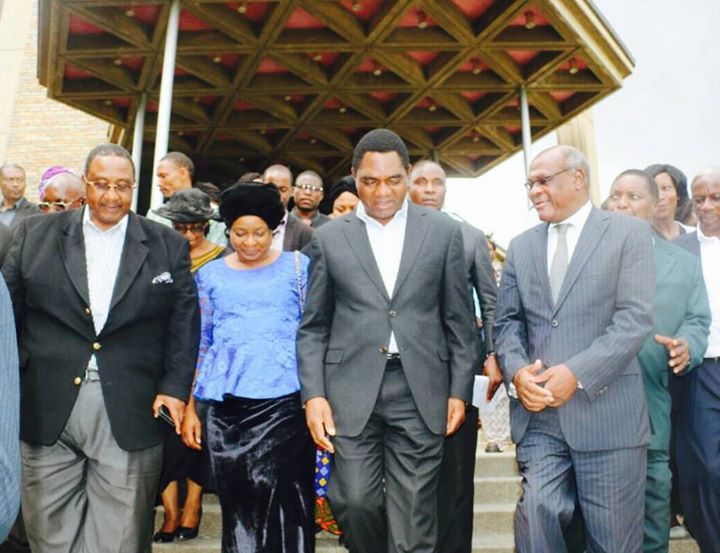 UPND President Hakainde Hichilema, his wife Mutinta, and his Vice Geoffrey Bwalya Mwamba leaving the Anglican Cathedral of the Holy Cross yesterday after attending the funeral church service of the late Regina Chiluba. The late Mrs Regina Chiluba born in 1962 and died on 26th February, 2017 and has since been put to rest at the Memorial park in Lusaka. 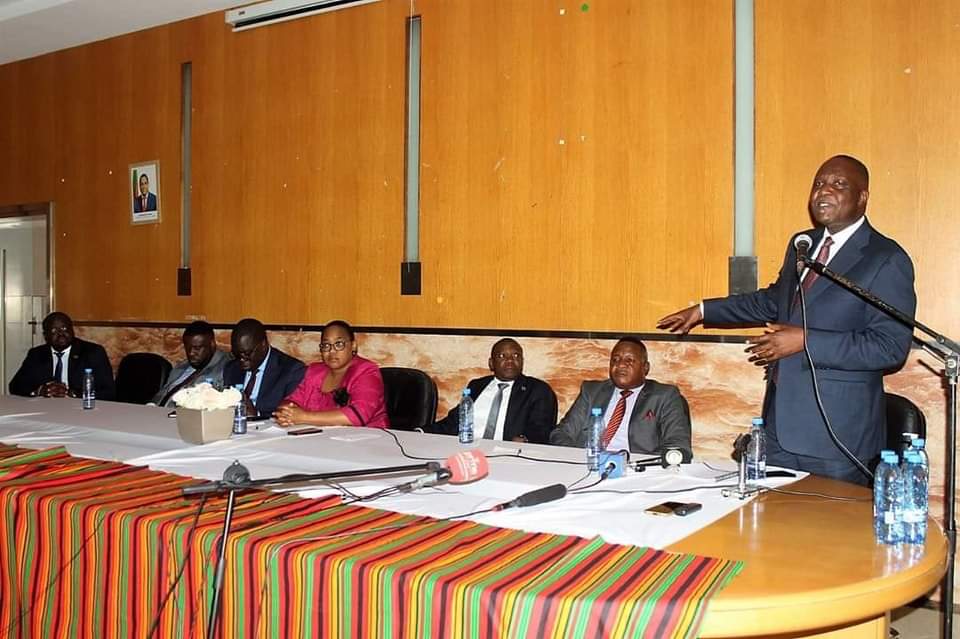 SEVEN cabinet Ministers have expressed concern in the manner the opposition Patriotic Front (PF) and others are doing politics stating that politics of tribalism stands to degenerate the country.

The ministers said that politics based on tribal ridicule stand to bring the country into instability and war and it should stop.

The ministers who comprised Frank Tayali, Chushi Kasanda, Elvis Nkandu , Chipoka Mulenga, Felix Mutati and Paul Kabuswe said government is working to transform the country into better using unity and not division based on tribal narratives.

Minister of Transport and Logistics Mr Tayali said that it was regrettable that politics had gone the tribal way with the opposition and that need to stop.

“We have intermarried. Love goes beyond and cuts across tribal divide. Let us not ignite a flame you will not be able to quench. Tribalism should stop, ” he said.

“Why this tribal talk? Is it only him who has redeployed someone? There are numerous examples of redeployments that have happened. Nevers Mumba for example was a vice president, but then redployed as an ambassador. Zambians will not listen to tribal talk. I advise they do not listen to such,” he said.

He said that the narrative that the opposition was giving Zambian people that Government had failed was wrong.

“It is important to give chance to other tribes and also people that can take us somewhere. Leave HH alone. What has he done to you. The one you said will not be President is now President,” he said.

“They want to bring war against tribes and we are saying no to that,” he said.

Mr Mutati encouraged Zambians as well as President Hichilema to keep the eyes on the ball and concentrate on transforming Zambia into better.

And Information Minister Ms Kasanda said she was shocked that a government that brought the country to its knees would have the audacity to open its mouth.

“I am shocked today PF can still open their mouth after what they subjected the country to,” she said. 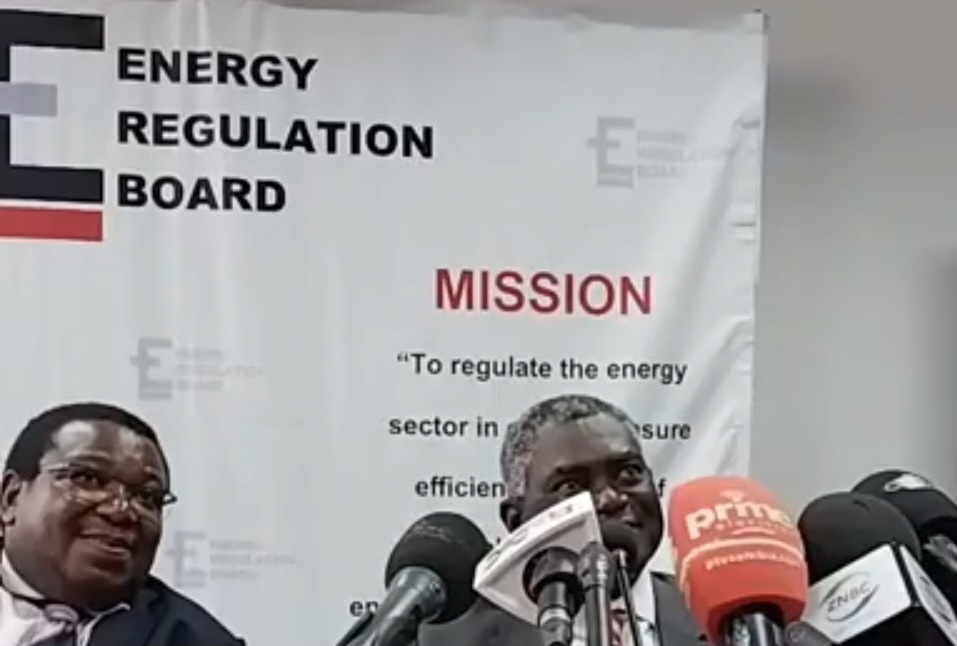 Further, the ERB has adjusted upwards the posted airfield price (PAP) of Jet A-I at Kenneth Kaunda International Airport by K2.71 per litre.

Speaking during the monthly price review, ERB board chairperson Reynolds Bowa said the exchange rate and international oil prices has resulted in the upward adjustment in the prices for petrol, diesel, kerosene and jet A-I which  were all above the 2.50 percent wholesale price trigger band.

“During this price review period, the exchange rate depreciated from K17.61/US$ to K18.90/US$, representing 7.33%. The depreciation was mainly attributed to extended timeline  in the discussions to restructure the external loans, resulting in reduced supply of foreign exchange on the market against increased demand,” he said.

Meanwhile, the board has dismissed reports of widespread petroleum shortage, adding that two oil marketing companies had a challenge with distribution of the commodity.

He said an investigation conduct by the board on 190 service stations countrywide revealed that the companies had challenges with petrol.

He however assured the nation that the board has written to the the companies and action will taken to adress the matter. 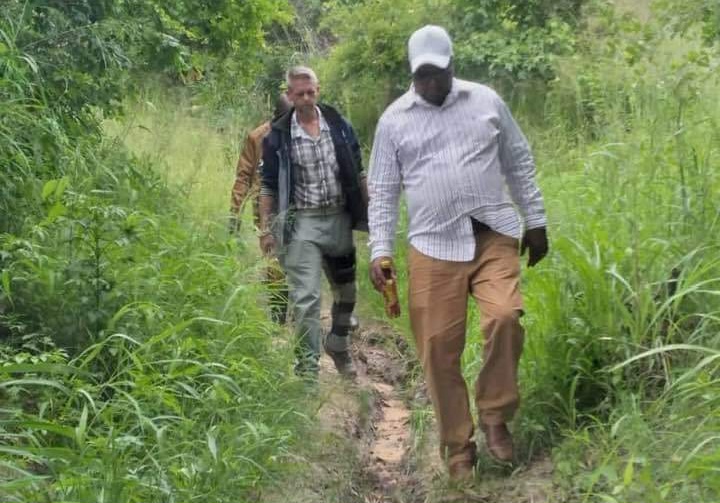 FOLLOWING his suspension from the former governing Patriotic Front(PF), Matero Member of Parliament Miles Sampa, who has not yet given an interview to the media to react to the suspension, somewhat found a way of expressing himself over the development.

The PF presidential aspirant took to Facebook where he posted a smiling picture of French professional footballer Kylian Mbappé, who plays as a forward for Ligue.

Now, Mbappé is considered one of the best players in the world and is recognized for his dribbling abilities, exceptional speed and finishing.

Like Mbappé, some of Mr Sampa’s Facebook followers feel the former Lusaka mayor is one of the best PF presidential aspirants and could have been “dribbled” through a suspension because he is a threat.

But others rebuked the politician who was suspended over alleged divisive remarks uttered during a presser, urging him to tone down, obey party rules and work on his indecision.

One of the followers, Jessie Chissie, reacted ”

“When you know you are the team’s highest scorer 😂”.

For Ngozi Sinkala, she is convinced Sampa is a threat to other contenders.

“Awe but ba pf are threatened by you😂”. Ngoza wrote.

“So they’re scared of the Miles 😂😂 elo serve the suspension not ati am forming my own political party apa asaba pusika boss💪” Falesi Lungu wrote.

Chisala Chiyungi wrote “Basically Mbappe was rejected 🙅‍♂️ by his mother country and joined France 🇫🇷 were he has become prolific player. Ironically your party is rejecting you let’s see the Mbappe in you Miles Sampa”.

But others counseled the politician on the need to be politically mature while some rebuking him for going “offside” .

“Miles you have got qualities but problem is not being stable. Your career is filled with indecisions, short cuts etc” Prince Liteta wrote.

“Ichefyeni[humble yourself] You went offside filachitika but reconcile with the party” Cleopas Njovu wrote.

“Bamicitafye bwino Yama[They did well to suspend you uncle] there is no way you can be fighting a party that you’re part of it’s not maturity kwangala form your own party so that you can enjoy criticizing the Ruling party and the PF”.

“I told you that soon they will dribble you, remember? ” Mulele wrote.