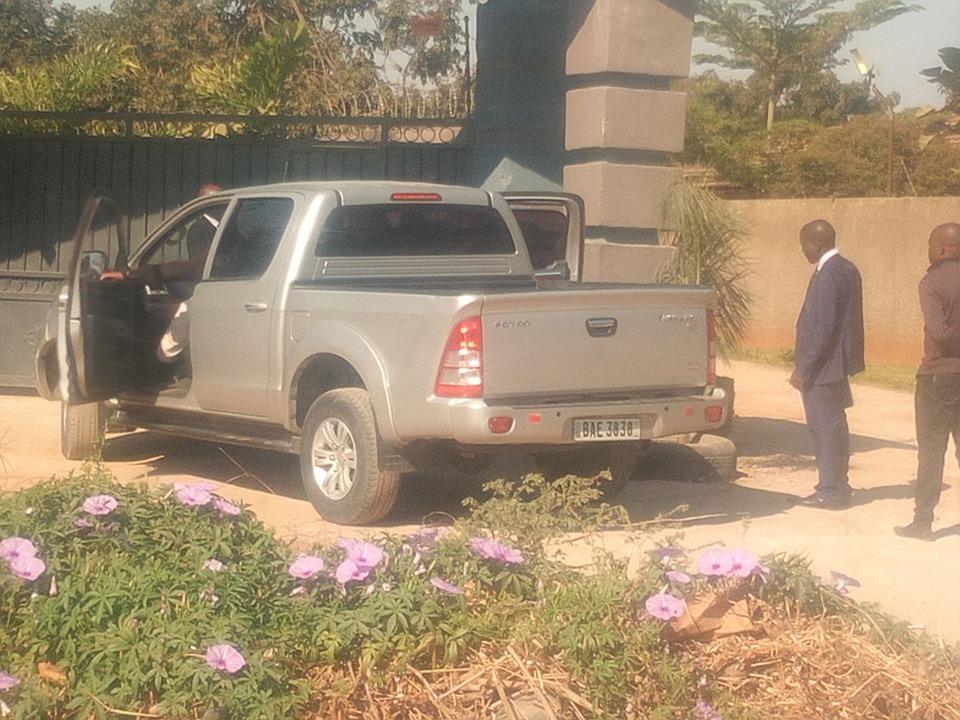 DEC Deputy Spokesperson Kamufisa Manchishi revealed in a statement that Kambwili was summoned for an interview to enable him help the commission with any further information relation to the allegation he made.

He said an invitation to furnish further information on allegations does not constitute an arrest.

Kambwili who was scheduled to appear before the commission today at 10:00 hours could not do so as he was reportedly to be unwell.

Government has no plans of arresting HH over donations 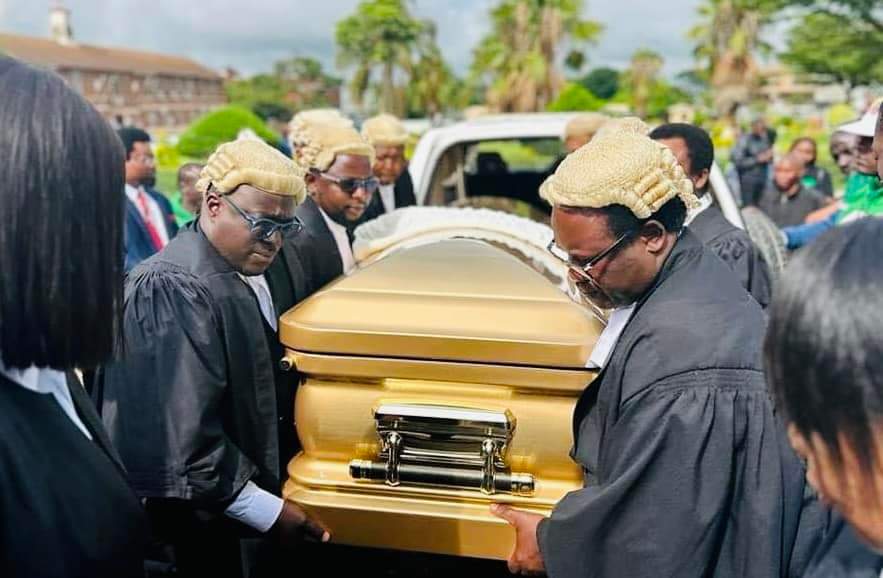 MANY from different walks of life paid their last respects in Kabwe for the late lawyer Tutwa Ngulube who died last week in hospital.

Paying their last respects were former president Edgar Lungu with his wife Esther Lungu, Minister of Local Government Garry Nkombo, Minister of Transport Frank Tayali and many others including members of the Patriotic Front (PF).

All the mourners had something different to say about Mr Ngulube who was also former Kabwe Member of Parliament.

His wife described him as her friend, lover, father, husband and she could barely recall her life without him because he had shaped her into the woman she had become.

Mrs Ngulube also recalled how two days before his death her husband jokingly spoke about death.

“Jokingly you said let me take photos of you in case I die, that was during the graduation of our twins. Little did I know two days later you would be no more,” she said

She further described Mr Ngulube as a people person who despite his busy schedule always made time for her and their children.

Minister of Local Government Gary Nkombo who sent a message of condolences on behalf of President Hakainde Hichilema said the departure of Mr Ngulube was a serious loss.

He said those that experienced Ngulube, like him would remember him saying that “A stranger is a best friend you have never met before.”

“He had a golden smile and humor you could not ignore. Around his death there are more questions thanks answers, but we should all look above. The departure of Tutwa should be one of the reasons we should come together. Let us have deep introspection and reflection on Tutwa’s death. Let us not bury Tutwa in vain, but unity,” he said

And acting PF president Given Lubinda said Mr Ngulube would be remembered as a none fearing man of criticism who had unmatched courage.

“He was a loving and carrying parent who put the interests of his children and family before himself. He was willing to take even the most unpopular political cases and would represent his clients. We will remember how he sent parliament into laughter after a debate saying ‘Holy ghost fire, holy ghost fire,” he said.

The law fraternity said they had lost a vibrant young man who went to extreme in representing his clients.

“We have lost a gallant soldier who represented his clients without fear. Let us emulate Tutwa. He represented humanity,” they said. 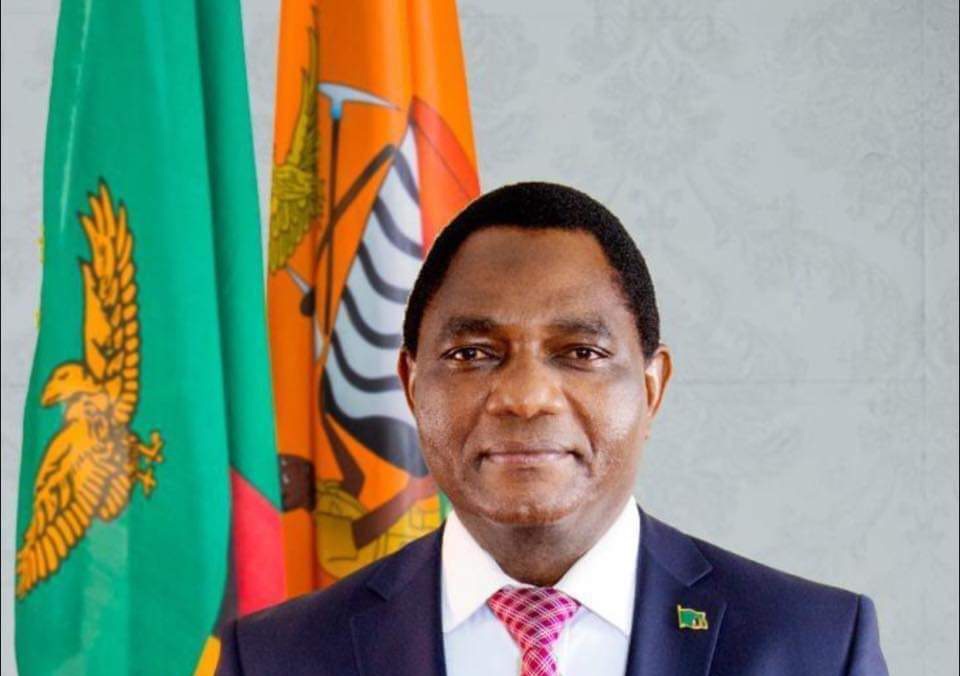 PRESIDENT Hakainde Hichilema has assented to the National Pension Scheme (NAPSA)Bill which provides for an option to claim for one off-age benefits by a member under the prescribed minimum pensionable age of thirty-six under the existing fund.

And in his Facebook post,  President Hichilema said the Bill provides an option for partial withdrawal of benefits by a member.

He said the Bill has also revised the penalty rate from twenty percent to ten percent for delayed payment of contributions.

“Furthermore it provides for a waiver of penalties arising from delayed payment of contributions.This was part of our campaign commitments that will enable employees to start investing part of their pension funds early in their working lives,” he wrote.

Govt dismisses claims of having sold shares to Kansanshi Mine, Kasanda says 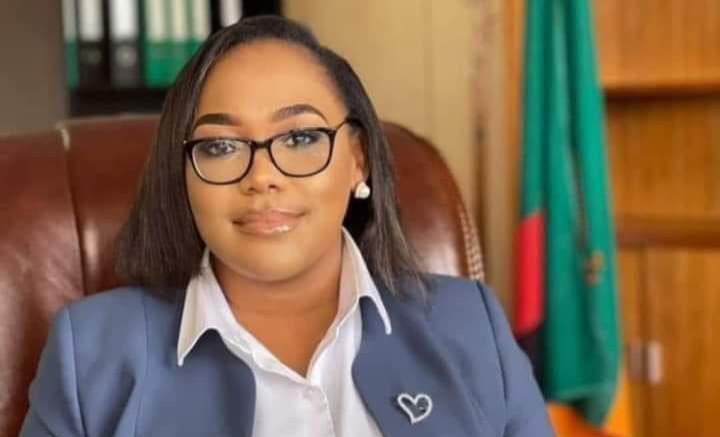 GOVERNMENT has clarified that ZCCM Investments Holdings (ZCCM-IH) has not sold its shares in Kansanshi Mining Plc contrary to the misinformation that has proliferated surrounding the new agreement between ZCCM-IH and First Quantum Minerals (FQM) over the management of Kansanshi Mining Plc.

Govenment spokesperson Chushi Kasanda said under the terms of the deal announced on December 1st, this year, ZCCM-IH will receive a 3.1 percent royalty payment from the revenue of Kansanshi which is operated by FQM.

“This royalty is estimated to be in the region of USD$50 – 70 million per year, depending on the gross value of metal products, mostly copper and gold, sold or otherwise extracted at Kansanshi. This arrangement is valid for the entire life of the mine and follows extended discussions between ZCCM-IH and FQM over the past three years. It replaces the previous dividend-based model and is expected to provide up to twice the revenue to ZCCM-IH compared to the previous arrangement,” she said.

Ms Kasanda said the advantage of this arrangement for ZCCM-IH is that the royalty will be paid out so long as Kansanshi is operational, creating a more predictable and consistent revenue stream that ZCCM-IH can use to raise financing and follow its ambitious investment strategy.

She said also that this will increase and make more consistent revenue stream , which will allow ZCCM-IH to effectively plan for the future, enabling it pursue an ambitious investment strategy that will create jobs and promote growth in the country’s economy.

“Government advises citizens to remain vigilant and ignore misinformation which claims that ZCCM-IH is abandoning its stake in Kansanshi. This is simply a new arrangement that provides a more beneficial revenue stream while still maintaining ZCCM-IH’s ownership in Kansanshi, oversight of operations, and exposure to its future growth, including the USD$1.25 billion Kansanshi expansion which was approved earlier this year. This arrangement provides a win–win opportunity for both ZCCM-IH and Kansanshi. This is in line with the Government’s vision of promoting sustainable investment in the mining sector,” she said.